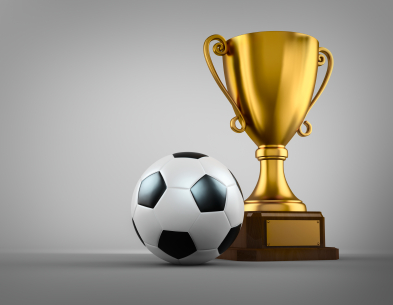 LEICESTER CITY have pulled off the greatest upset in history by defying odds of 5000/1 to win the Premier League according to Ladbrokes.

Tottenham’s draw with Chelsea hands the title to Leicester with two games to spare, sealing a £3m payout to City backers, 22 of whom held on to bets at 5000/1 resisting temptation to cash in throughout the season.

Kapoor said: “The first half did my nerves no favours, but I always had the faith we would do it at some point so I’m just ecstatic, not just due to the bet but for the team and the entire city. I’m on cloud 9 as a Leicester fan as it is and the bet is the icing on the cake. I’ll pay for the drinks tonight, save some of the money and spend the rest on a European away day next season.”

Alex Donohue of Ladbrokes said:”The greatest sporting story of all time is no longer a dream. Leicester have officially landed the biggest upset ever seen and when it comes to this story going straight to Hollywood all bets are off.”

“We may be paying out record sums to Leicester backers but we do so with a smile and we have to applaud the handful of fans who took the mammoth odds at the start of the season. It’s been a thrill to be involved in this story from the off for a company which such a passion for sport.”

The win for Leicester has also been hailed as a game-changer by Ladbrokes who vow never to offer odds of 5000/1 again for any football team to win a league.

Donohue added: “The days of 5000/1 are over. We’ll never be so generous with odds again for an underdog, but we still forecast up to 50 times as much betting interest in outsiders for the title next season”.

Leicester City are 33/1 to win back to back titles with 100/1 offered about them winning the Champions League at the first attempt.

Other scenarios as likely, more likely and less likely than Leicester City winning the Premier League at 5000/1

The fan from Leicestershire – who landed a four figure sum backing his side for the title midway through the campaign – has staked £100 each way on the Clarets meaning £133,333 is up for grabs if the Premier League is won by a rank outsider for the second season running.

No bet bigger than £10 has been placed on 13/8 favourites Manchester City since Leicester secured the title.

Alex Donohue of Ladbrokes said:”One Leicester fan clearly thinks his side will pass Burnley the baton and history will be made for the second season on the bounce.”