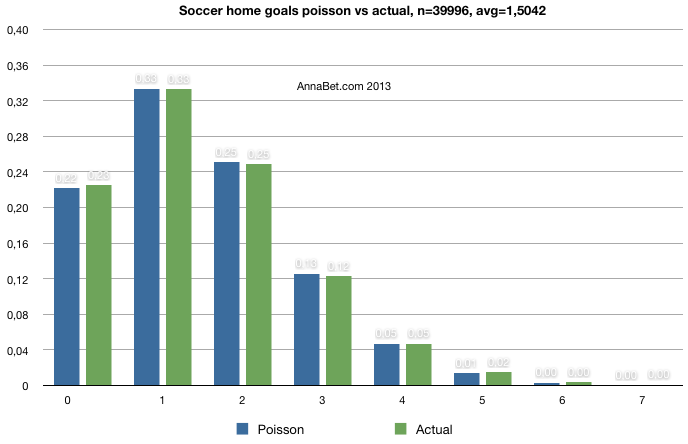 How does Poisson distribution work in football (soccer) goal probability calculations? In this article we have research data from the following European leagues in our soccer database:

Leagues: English Premier League, English Championship, Italian Serie A, Spanish Primera División and French Ligue 1
All the results we have till 9th of March 2013. Regular season games and regular playtime only, awarded games not included (note: we might not have all the awarded games info stored into our database).
Home goal average = 1.5042
Away goal average = 1.0639
n = 39 996 games 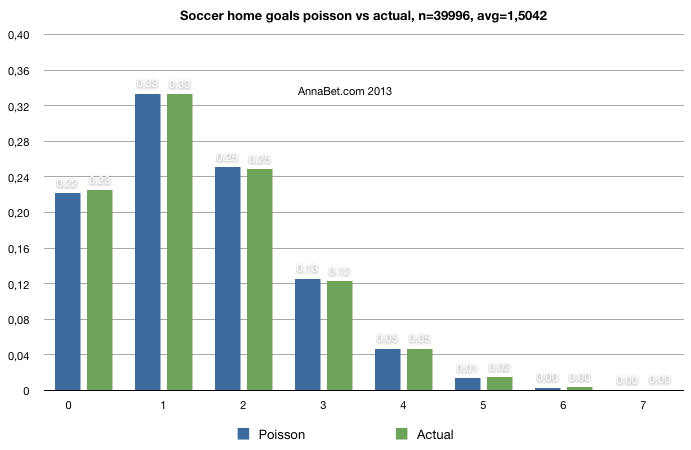 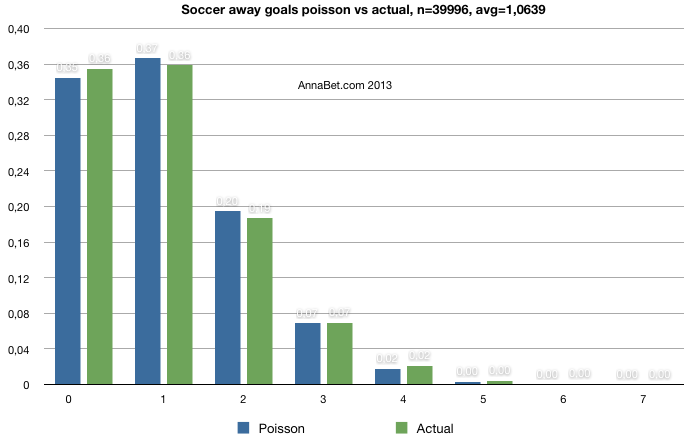 Poisson results here are quite accurately showing goal probabilities per team – except for the high number of goals for away team (which has much lower goal average). 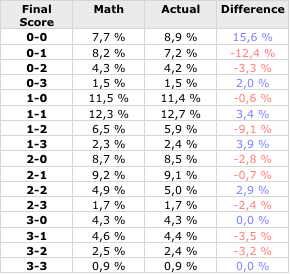 Mathematical model differs most at 0-0, 0-1 and 1-2 results. Notice that real world tie (draw) probability is higher than what is mathematically calculated:

Poisson Distribution is a simple predictive model that doesn’t allow for a lot of factors. The system is of greatest benefit over a long period of time – using it for a whole season’s worth of games, rather than one-off matches. 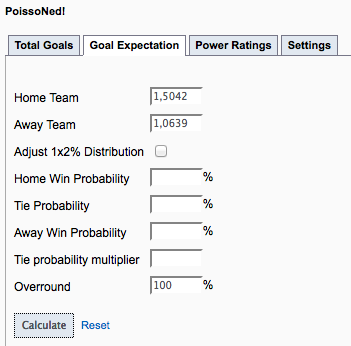 See some of the results here (open the calculator from the link above to see all the probabilities). Value odds (decimal odds format) are next to the percentages. They are also available in UK and US odds. 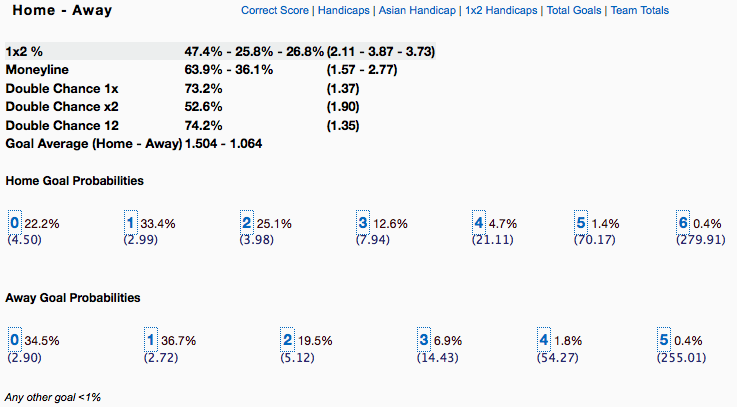