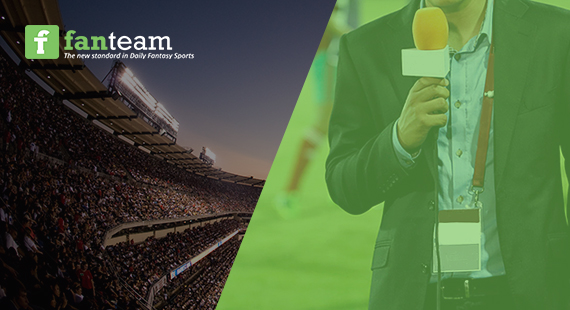 He’s the man who won over €2,500 in fantasy football tournaments on FanTeam over last month, competing in almost all available leagues. He seems to be the guy you probably wouldn’t want to play Head-to-Head with. And he’s the most successful fantasy manager on our site up to date. FanTeam talked with ‘EventHorizon2’, giving you some insights about his fantasy background, how he’s picking his teams and what he thinks about Fantasy Sports in general.

I started out with fantasy football two years ago, playing the seasonal fantasy game, and really liking it. But I was new to the game, and it was hard to figure out all the tricks. So I ended up too far behind to have a chance, even with several months remaining in the league. Next season I focused on single round competitions. It just makes a lot more sense to me. It is easier to figure out. It is quick! You can bet on your team on Saturday morning, and if you win, you get your money on Sunday evening!

Before I started with fantasy football, I was doing sports betting for a couple of years, so I have been following football in general for 4-5 years.

As for Premier League, I have really only been following it for the last two years, as I was trying to succeed in the small leagues the years before that. Like the 2nd Dutch Division and Ligue 2 of France. Now I have settled on the Premier League. I love it!

Okay, now I see why you’re basically crushing the competition at FanTeam. What’s the main difference between playing DFS and sports betting in your opinion?

Well one big difference is that it is easier to win at! And the reason for that is clear: any time to play against “the house”, whether it is casino games or sports betting, you can be sure it will be very hard to win! In fantasy sports you bet against other players, that’s a better way to do it. Other than that, I find myself much more occupied on a “football player-level” now that I do fantasy football. I try to identify who are the good players on each team, and especially who are making goals and assists. So it is more on a detail level.

Very good point. In one of our recent EPL guaranteed tournaments you’ve taken three first places with completely different teams. That’s was spectacular to say least. How had you managed to do that, or was that pure chance? And also, how much time do you spend researching the players, match-ups and other factors?

Chance plays a part in this game like any other game. The best you can do is to try to pick the players you feel will get the most points, without doing compromises. If you are right, odds are you get a nice result. Getting the three top spots in the same round, however means that you got very lucky, in addition to probably making some good choices.

I do spend a lot of time on picking players. 5-6 hours every weekend, maybe more. I am focusing on the Premier League, but lately FanTeam have come out with many other leagues, so I try to enter some teams there too, because it is so much fun!

I am not really that good in other leagues. Bear in mind, I do enter a lot of competitions and often more than one team, and because of that so it probably looks like I am better than I am. The Premier League is really the only league where I feel I have good control. I know a little bit about the other leagues because I still do some sports betting in many different leagues, but I am not an expert on Swedish Allsvenskan at all, or even Tippeligaen from Norway. My second best league is the Bundesliga, where I still lack quite a bit of knowledge. Probably, I will focus on PL and Bundesliga for the future, but still enter a few teams for small money in the other leagues, mostly for entertainment.

It’s great to hear that daily fantasy sports can be approached not only with the intention to win money, but also as a source of positive emotions. But we would like also to hear a couple of words about your line-up building approach. Are you trying to go against the void when picking your line-ups, predicting players that will have a lot of ownership and fail, or just sticking to the most secure options when building your teams?

At the moment, I am not placing a lot of weight on how much ownership a player has. This will probably be more important in the future, when fields get bigger. Right now I just pick what I believe to be the best players, the ones that can get most points.

I have some good, basic rules for picking players, if you want to hear them?

2. Choose players who play for teams that are underestimated by the bookmakers. The way the pricing works at Fanteam.com is this: Prices go up if the player is on a team that plays at home or plays against one of the bottom teams in the league. And vice versa, price goes down if the team has a tough task ahead of them. Interestingsly, this means that if you disagree with the bookmakers and feel that the odds on Stoke are too high, the prices on their players will be automatically be lower than they should be (provided that you are correct in your evaluation of the teams).

3. Be sure that the player you are considering actually will be in the starting line up. If it is only 50/50 if the player is going to start, I don’t care if it is Aguero, choosing him will not be a good choice. Even a 70% chance of starting is too low. So, don’t take chances with players that are doubtful starters.

This is very interesting indeed, thanks for sharing! We will not try to disclose all your strategies, so last tactical question from me. Strikers without any doubt are one of the top reasons of fantasy line-up success. How do you determine the striker is worth picking in a given gameweek?

Well, I look at how many goals he has scored in the past, I look at the opponent, if they tend to let in many goals, I try to determine if the striker is in good form, and finally if his team is underrated by the bookmakers, the price is probably worth it!

Good point. What would you say to a season-long player to try and get them to give daily Fantasy football a chance?

For me, once I tried the single round fantasy, there was no going back to the season-long game. The seasonal game just takes too long time, the prizes are few and almost impossible to win, and like I said earlier, I believe there are many “tricks” that beginners don’t know about (and it is hard to find information about them). I never felt like I was playing on an even playing field with the ones that had been playing for many years, but in single round competitions its 100% fair, easy and if you have a bad weekend, you still start off the next weekend without any handicap! Even though I really liked to play the seasonal game, moving on to single rounds made the experience many times better!

And also the substitutions! If you have forgotten to make them in season-long fantasy, your season may be already lost. Okay, my last question for today. What do you think needs to happen in the European Daily Fantasy Football industry for it to significantly grow? And do you see a bright future for DFS in Europe?

I think it is only a matter of time before daily fantasy football becomes really big in Europe. There is no reason it shouldn’t take off. Like American sports have done in the US. The product is just too good I think. As far as I know, there has not been spent a lot of money on marketing by the European sites, so I am guessing the majority of people have no idea DFS actually exists. With more marketing, this will change. I follow the numbers at Fanteam, and they are growing at a huge rate right now, so I believe by New Year the action will be 8-10 times bigger than it is now. I am really looking forward to that!

Thanks a lot for your time, it was really interesting to speak with you!

It was a pleasure! 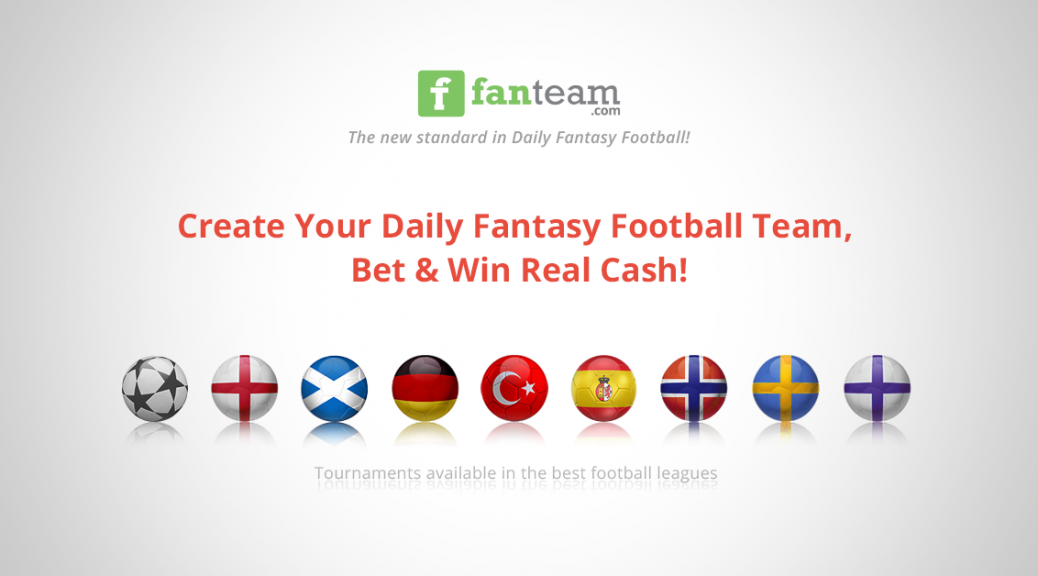 WooFBet has been one of the most popular Daily Fantasy Football providers and some of the readers might be already familiar with the name. WooFBet has been re-branded to FanTeam over the summer, and the new website has been officially launched last week!

First of all: if you are an existing WooFBet customer, all your account information has been transferred to FanTeam. You can login with your existing username/password and find all your gaming history and funds are there. Second of all: FanTeam will be bigger, better and it will also look nicer! We go through some of the changes and features next, which should make you interested to go try your daily fantasy skills.

The biggest change is the expansion of leagues and countries. FanTeam offers now 12 different European top leagues, which no other daily fantasy football site compares to. UEFA Champions League is there of course and newcomers include Germany 1.Bundesliga and Spanish Primera Divison. Barclay’s Premier League is naturally included, and now FanTeam offers also English Championship which should interest many English football fans.

One important FanTeam feature is dynamic pricing. If Sergio Aguero has an away fixture at Stamford Bridge or a home fixture against Watford, the price should vary a lot. At FanTeam Aguero and every other player in every league is dynamically changed based on their current fixture. If they are more likely to score, the price also goes up aggressively. This makes the game more challenging and interesting for everyone.

FanTeam offers plenty of Guaranteed Prize Pools to each round and there is also always a big Freeroll each week. Today there are tournaments open to 7 different leagues and currently over €4500 EUR in prize pools. Saturday’s offers include: